Home > Burglary in UK > Home Security Across the EU

Home Security Across the EU 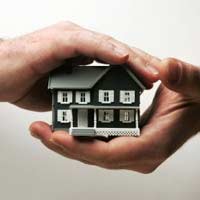 Burglary in the UK is at its lowest level since the 1980s, but how do we compare to the rest of the European Union? Are we are now a comparatively safe nation?

British residents may feel reassured by the news that their home sanctum is safer than it has been almost two decades, but when compared to the rest of the European Union it still far from acceptable.

According a recent study, Britain has the highest burglary levels in the whole of the EU. The survey, organised by the UN’s crime justice research institute, found that 3% of the population have had their home broken into. This compares with the EU average of 1.7%.

The countries with the lowest burglary incidents were reported as being Germany, Finland, Spain and, at the bottom with 0.66%, Sweden.

Despite boasts from Home Office ministers that the UK has undergone a 35% fall in all types of crime since its peak in 1995, Great Britain has been branded a ‘high crime country’. With the exception of Ireland, residents are more likely to be a victim of the 10 most common crimes than anywhere else in the European Union.

Alongside the UK and Ireland, the other high crime countries are the Netherlands, Denmark and Estonia. All five contend with crime rates that are at least 30% higher than the average for the EU.

Great Britain’s status as a crime hotspot with well above average levels of crime is especially worrying considering it is also one of the most protected countries in the whole continent, with a high investment in security systems such as burglar alarms and CCTV cameras.

The Crime Capital of Europe

London was found to be the crime capital of Europe, with the chances of being a victim said to be higher than every other EU capital. Residents of the UK city were even reported to be at even greater risk than those living in Istanbul or, that former crime mecca, New York.

The studies show that whereas 18% of Istanbul and 23% of New York residents had been the victim of the 10 categories of crimes ranging from assault to burglary, a whopping 32% of London residents claimed to have been victims.

A European not British Trend

Although Britain’s crime statistics have certainly shown a marked improvement over the last decade, the reason it has not caught up on its European neighbours is because they have also seen a crime fall. And so, although UK politicians would like to lay claim on being responsible for the downturn, it is not a UK phenomenon at all but Europe-wide trend.

The scale of this large downturn in crime incidents - which also includes the U.S. - means that it cannot be explained by localised policing and government initiatives, such as tougher sentencing, but is more likely to be the result in a fall in the proportion of young males to carry out the misdeeds. Improvements in security, such as burglar and car alarms, are also likely to have played their part in the fall.