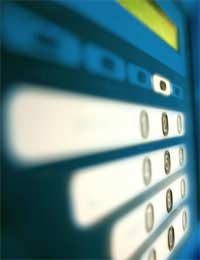 Burglar alarms are an effective method of preventing burglary but choosing a device that suits both your property and budget is no easy task. To help out, we answer some frequently asked questions about burglar alarms.

Do I Really Need a Burglar Alarm?

Although the number of domestic burglaries in the UK has seen a dramatic downward trend in recent years – with 59% drop recorded between 1995 and 2007 – the recession has sparked a worrying upward turn. Attentions are consequently turning back to burglar alarms as an effective means to reduce the chances of becoming another crime statistic.

How Much do Burglar Alarms Cost?

Burglar alarms vary significantly in price. At the bottom end of the market, you’ll find cheap DIY alarms costing under £50.

At the pricey end of the scale are the sophisticated monitored systems that are installed by professionals. Depending on the variety of extra features you opt for, these can set you back up to £1,000 or even more.

The average cost to have an alarm installed is typically around halfway between the two extremes.

What are the Different Types of Alarm Available?

Broadly speaking, there are two main types of alarm; the 'B' type bells-only alarm and the 'A' type monitored alarm.

The bells-only alarm – or audible-only alarm – emits a loud outside siren or bell blast when it is triggered. To be effective this relies on intruders being deterred by the noise, which may alert a neighbour or passer-by into calling the police.

‘A’ type monitored alarms are connected via a telephone line or radio network to a security station, which monitors signals received from the alarm 24 hours a day. If the detector is triggered then they typically phone your home and use a password identification system to check everything is OK. If this is not received then the police may be notified.

Auto-dialler systems are also available, whereby pre-programmed numbers of friends or family are called in the event of alarm activation. This is a cheaper version of the monitored alarm.

What are DIY Alarms?

For the keen DIY enthusiast there is the option of buying an alarm kit and fitting it up yourself. The set typically includes an external siren or bell box, a key or keypad operated control panel, and a varying number of movement detectors and magnetic door contacts. However, this is not an advisable option unless you have the necessary practical and electrical skills.

This refers to the priority given to the alarm by the police.

Due to the potential waste of police resources resulting from the high number of false alarm reports from bells-only alarms, the police now categorise these alarms at type ‘B’. This means a type B alarm siren is not sufficient to warrant a police call out. A call to the police will need to be accompanied additional first-hand evidence, such as reports of the sound of broken glass.

Police respond to type ‘A’ alarms without reservation because they are monitored by a dedicated security unit, and therefore the likelihood of a bogus call out is much rarer.

What Alarm Company Should I Choose?

The biggest names in the burglar alarm world include Chubb, ADT and Dyno-Secure. However, it is very common for people to pick up their alarms from independent companies.

To help decide on what company to choose it is advisable to opt for one that is approved by an independent body – such as the National Security Inspectorate (NSI) – and recommended by your friends and neighbours.

Will Owning a Burglar Alarm Lower the Cost of My Home Insurance?

Although many insurance companies offer discounts of between 2% and 15% on the cost of home contents insurance if a burglar alarm has been fitted, this is not standard practice. Often an alarm won’t make much difference to your insurance costs. It is worth asking for advice from your insurer before buying an alarm.

Is a Decent Burglar Alarm all the Security my Home Needs?

No. Most alarms are only designed to raise the alarm when somebody has already broken in, whereas your first priority is to prevent them getting in at all. Defensive measures like good quality window and door locks are the first and foremost concern before investing in a burglar alarm.

If a Burglar Alarm is Designed to be a Visible Deterrent Then Can’t I Simply Buy an Empty Box?

A dummy alarm box is cheap and certainly better than nothing. However, although it might deter the amateur burglar, many criminals are either adept at recognising an empty alarm box or just don't take any notice of it anyway.
Next Page