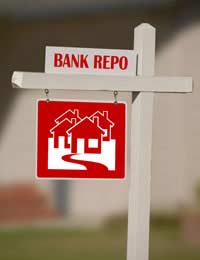 In times of economic crisis, the threat of home repossession becomes an ever pressing concern for those struggling to keep up with the spiraling costs of modern life.

With economic slowdown comes the threat of home repossession, and the UK’s recent financial woes have shown every sign of pursuing that familiar route. Faced with stagnant income, spiraling living costs, and soaring mortgage payments, the heavy burden of debt has taken its toll on thousands of British families who have found the financial stretch needed to climb the property a stretch too far, and can no longer afford to live in their homes.

As the credit crunch began to grind its teeth during 2007/08, the number of homes being repossessed by mortgage lenders saw a sharp upturn. In the space of 12 months, home repossession saw a dramatic 48% increase. Furthermore the period witnessed a significant increase in the number of mortgage holders behind on their payments.

The Council of Mortgage Lenders (CML) estimated that by the end of 2008, there would be a total of 45,000 home repossessions and 170,000 mortgages in arrears of over three months.

Sale and Rent Back Schemes

It is estimated that thousands of home owners faced with mounting debts and threatened with repossession are turning to so-called ‘sale and rent back’ companies to help relieve the burden. These organisations buy the property from the beleaguered owner, taking on the mortgage payments in the process, and then lease it out to them instead.

The problem with these companies is that many have encountered financial problems of their own – as a result of tenants failing to pay rent and financial over-stretching – failed to pay the mortgage, and so the homes have been repossessed anyway.

Government Efforts in Managing the Threat

But with the country gripped in a recession, when the threat of repossession is only likely to worsen, what efforts are the government making to stem the tide?In November 2008, after finally acknowledging that the nation was sliding into recession, the Prime Minister Gordon Brown introduced a new protocol that attempts to persuade mortgage lenders not to repossess the homes of borrowers unable to keep up with their payments. The basic idea behind the policy is that repossessions should be seen as a ‘last resort’.

Under the new guidance policy, lenders are expected to discuss and agree on alternatives to house repossession when borrowers find themselves unable to manage their mortgage repayments. Options to help struggling borrowers to stay in their home could include extending their mortgage term, altering their current mortgage, deferring the interest payments or switching them to an interest only mortgage.

If a case is taken to the courts then the mortgage lender will be expected to outline precisely what efforts they have made in complying with the protocol.

Additionally the government has made companies involved in sale and rent back schemes, which often guilty of preying on the more susceptible homeowners, responsible to Financial Services Authority (FSA) regulations for the first time.

Although, home repossession remains a terrifying threat for so many British householders struggling with their living costs, the overwhelming majority of UK mortgage lenders are still managing to make their payments in full every month. The tens of thousands of home repossessions do seem comparatively tiny when placed in the context of the 11.74 million mortgages in the UK.
Next Page

Worthless Additions to your Home